Surprise! I’m back. Not only have I now doubled the number of posts over last year, I’ve posted twice in one MONTH!  Wonders never cease.

As promised in the last blog, I’m including the pages that earned me an award in the First Chapter Contest.  DISCLAIMER:  This draft is nearly a year old now.  I’ve learned a ton since then and changes have been made.  You’ll have to read the book to see where those changes were.  😉 But this is a decent teaser.  I hope you enjoy! 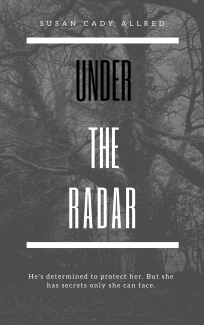 d at the corner of her yard dripping blood all over her grass. I’d circled the block four times to ensure nobody was following me—essential since my house had already been ransacked.

Everything had gone wrong. Absolutely everything. They were waiting for me when I showed up. Waiting to turn me into an example. How I got out alive, I’ll never know.

Her shadow crosses the window and I scrub a hand across my face. I’d wracked my brain for someone unconnected to me but who would let my bleeding body into their home without alerting the police.

It had to be Gertie. The name alone made me cringe for a dozen reasons. For starters, she was plain, quiet, and never smiled. I tried to avoid her whenever possible, but we had a connection that kept us friendly. My late wife, Emma.

A car turned onto the street, its headlights flashing across the lawn, reminding me of how exposed I was standing in the shadows under the tree. I moved from shadow to shadow until I reached her infuriatingly well-lit front porch. It defeated the whole purpose of my stealth.

I moved behind her bushes until my body was hugging her house, arm outstretched to untwist the bulb. I managed half a rotation before the door flung open and a foot came out of nowhere, hitting my already broken nose.

I grabbed my face, the blood returning in force. “Son of a…!”

Gertie gasped, her face rounding the edge of her door frame and eyes widening when she saw me hunched behind her Rhododendrons. “Ryan, is that you?”

I nod, gritting my teeth.

The porch light clicked off and she stepped outside, circling her hand under my bicep and pulling. “Come inside. Hurry before someone sees you.”

I don’t see much. My eyes are watering, and I’m trying to cradle as much of the pooling blood into my hands as possible.

“Bathroom’s this way,” she says, tugging me again. She pulls me into a bathroom with dark blue walls, white tub, and a giant mirror. She shoves my head over the sink and turns on the water then opens a cupboard, pulling out an impressive array of bandages and first aid supplies. When she turns back to me, she stops, taking in my full appearance for the first time.

“What the hell, Ryan. What happened to you?”

I glance up at her and double take. She’s wearing a tank top over a sports bra and a pair of shorts that show off muscled thighs. Her long brown hair, normally twisted in a tight bun, hangs in a ponytail down her back. It’s a far cry from the cashmere and pearls she normally wears. “I should be saying the same about you,” I mumble.

P.S. If you like how this story starts, I’m looking to build my ARC (Advanced Reader) list on ALL my books.  If you’re interested, leave a comment below and I’ll send you more information.